Living the life of royalty comes with, we imagine, many perks. Caviar on tap, the right to comandeer any ship you see fit, owning all the swans, even someone to iron your shoelaces if you should so desire! But, some of the pleasures enjoyed by the Royal Family are remarkably more pedestrian. After all, they are people just like you and I! While extremely secretive about her private tastes, there are ways and means of getting a glimpse into the brands and products The Queen uses: those to whom she has granted a Royal Warrant for providing their goods to her. We’ve taken a delve into the world of Royal Warrants to find out which budget-friendly brands The Queen enjoys. 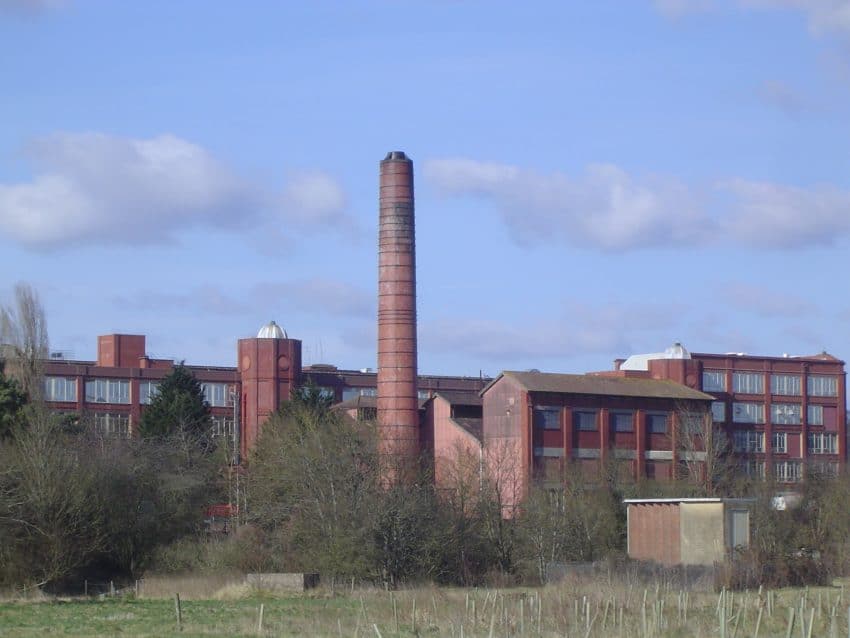 The Queen is known for being a bit of a chocoholic. She famously gives up the sweet treat every year for Lent. Many chocolate brands hold Royal Warrants, including luxury chocolatiers such as Charbonnel et. Walker, Prestat and Bendick’s Mints. With tastes like these, it might come as a surprise to learn that Cadbury’s is one of the budget-friendly brands The Queen has given a Royal Warrant to. If you think you’ll catch Her Majesty tucking into a Dairy Milk, though, think again. The Queen reportedly enjoys bars of dark Cadbury’s chocolate that are specially made for her at their Birmingham factory. Apparently, the recipe has been tweaked and tailored over the years, exactly to The Queen’s tastes.

The Queen’s Royal Warrant to Heinz clearly doesn’t provide her with enough sauce options, as she granted a Royal Warrant to McIlhenny Company, the folks behind Tabasco, in 2009. The spicy sauce’s popularity much predates its Royal Warrant, though. During the Second World War, the Queen Mother apparently had her staff search London for Tabasco, which is imported from the USA and so was in short supply due to wartime constraints. 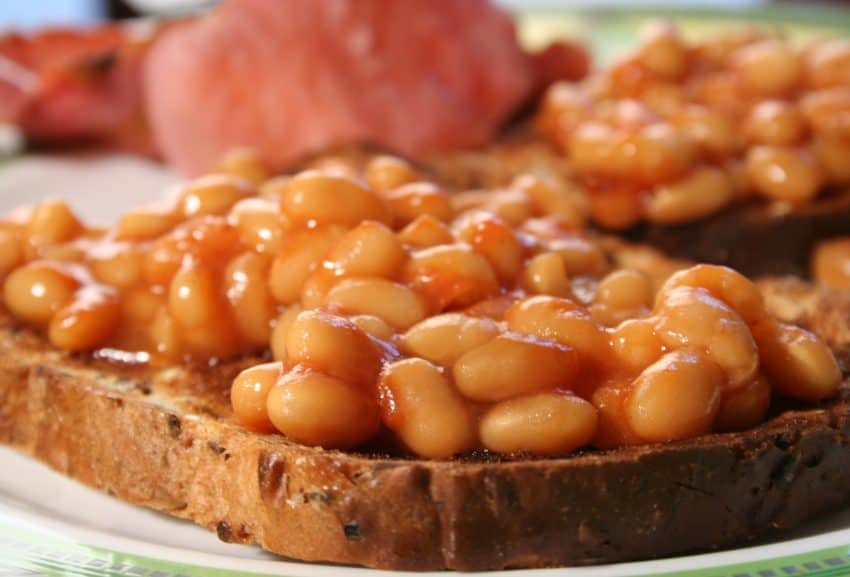 Heinz, providers of baked beans, ketchup and HP brown sauce, hold a Royal Warrant to supply their goods to The Queen

From ketchup to baked beans, Heinz is an iconic brand in the UK and their products are a household staple. Buckingham Palace, it turns out, is no exception. Heinz have held a Royal Warrant since 1951, predating our current monarch by a year or so. Before they were acquired by Heinz in 2005, HP Foods, the company behind HP Sauce, Daddies and Lea & Perrins, had their own Royal Warrant, too. Whether you put brown sauce or ketchup on a bacon sarnie can be divisive, but it seems The Queen is partial to both!

Premier Foods is the parent company behind a range of much-loved budget-friendly brands The Queen also enjoys. Their products include OXO cubes, Bisto, and Mr Kipling cakes. It isn’t clear from the warrant which of Premier Foods’ products The Queen is partial to. Her corgis are known to have their food drizzled with homemade gravy, though. Could this gravy be Bisto, or made with OXO cubes? 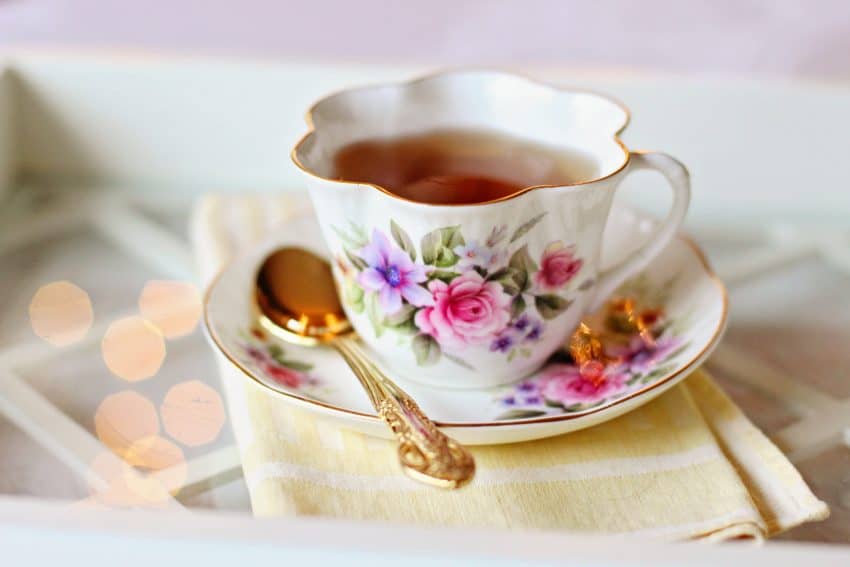 Early Grey is the official tea of Buckingham palace

Her Majesty famously starts her day with tea and biscuits before breakfast, and reportedly enjoys afternoon tea every day, too. Twining’s have held a Royal Warrant as purveyors of tea and coffee since 1837 – long before our Queen was even born. So, it’s likely that when The Queen sits down to her morning cup of Earl Grey (no milk or sugar), it’s a cup of Twining’s. Twining’s also hold a Royal Warrant to provide goods to HRH The Prince of Wales, proving their popularity with the whole family. Who are we to sniff at that?!

Her Majesty is known to enjoy a tipple here and there. There are nine champagne suppliers who hold Royal Warrants, as well as Johnnie Walker, Pimms, and Angosturra Bitters. However, gin is thought to be one of The Queen’s favourites. Some sources have reported that she has a gin and Dubonnet daily before lunch! As the only gin distiller to hold a Royal Warrant, it’s likely that Gordon’s, which is much cheaper than some other distillers, is her go-to. 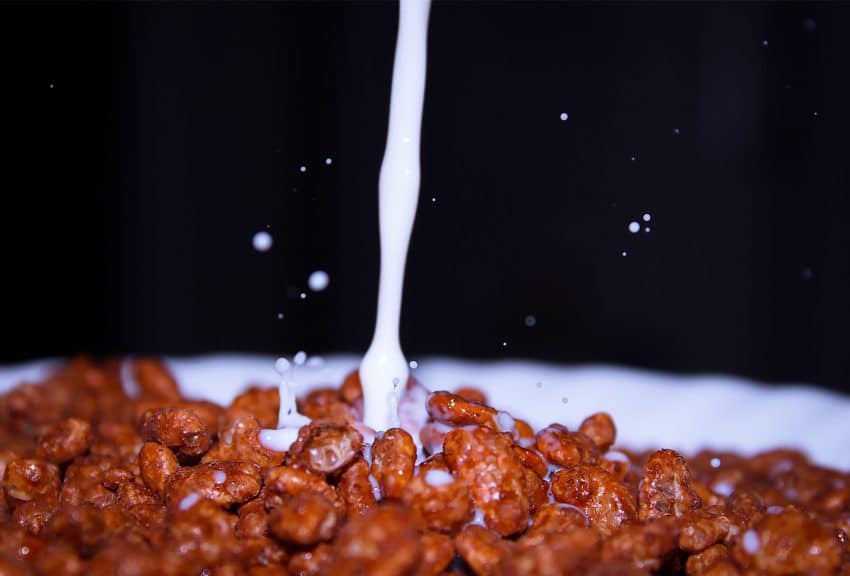 The Queen is partial to a bowl of Special K, but does she dabble in the occasional Coco Pop?

It’s reported that after starting the day with tea and biscuits, The Queen’s preferred breakfast is a very budget-friendly meal: cereal and fruit. She’s said to be partial to a bowl of Kellogg’s Special K, which is no doubt the reason Kellogg’s have a long-standing Royal Warrant! The Queen is said to prefer her cereal served from Tupperware, who do not hold a Royal Warrant. Her Majesty believes Tupperware storage keeps food fresher for longer.

In his 2011 biography of The Queen, Andrew Marr commented on Her Majesty’s preferences for “simple” food rather than indulgent luxuries. Ryvita crispbreads are one such food. Incredibly versatile, most people have theirs topped with cream cheese, or maybe piled high with meat and salad. We wonder what The Queen’s toppings of choice are! 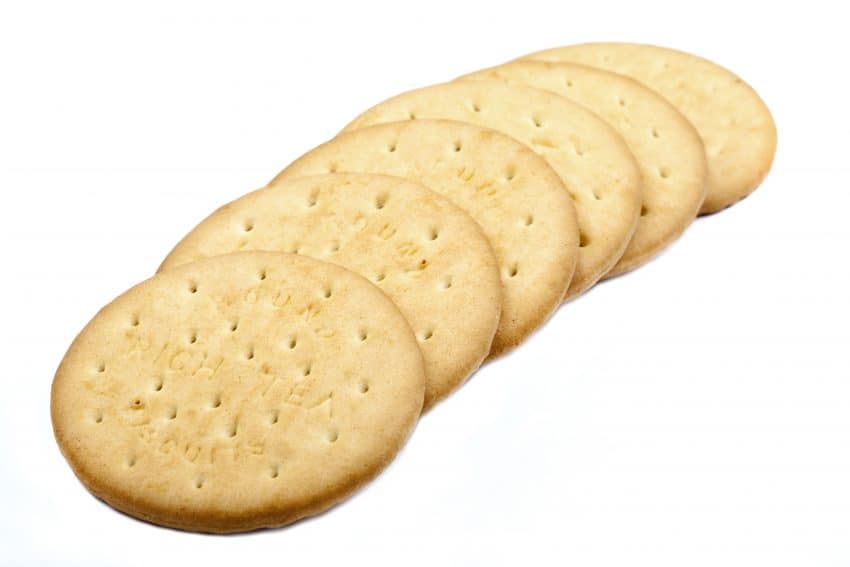 The Queen enjoys rich tea biscuits daily with her afternoon tea, and in her favourite chocolate biscuit cake

Home of biscuit giants McVities, United Biscuits is a long-standing Royal Warrant holder. Can you imagine The Queen getting stuck into a packet of chocolate hobnobs?! No, us neither…

One of the key components of The Queen’s daily afternoon tea is reported to be rich tea biscuits. These, obviously, are supplied by McVities. The humble rich tea is steeped in history, and originates from 17th century Yorkshire. They were developed as a sweet snack for the upper classes to eat with their afternoon tea. Rich tea biscuits are also, supposedly, the best biscuit for dunking, although it’s more likely that their presence in The Queen’s favourite chocolate biscuit cake is why she’s a fan!

How Much Should You Spend On A Wedding Gift?

Do You Own Any Of These Rare And Valuable Barbie Dolls?

Adding Nutella To These Foods Will Blow Your Mind

Search for some Good Vibes

We use cookies to give you the best experience on our website, improve services and deliver personalised content. By continuing you agree that you are happy for us to use these cookies. Select more information to view the cookies that we use.

Strictly Necessary
On
These cookies are essential to enabling users to move around the website and use all of its features. Certain cookies allow us to track how our website is performing (i.e. page load times) and how customers are using the website. They do not track outside of our website and are used by us anonymously.

These cookies do not gather information about you that can be used for marketing purposes. Strictly Necessary cookies cannot be disabled as it may prevent our website from working properly.

This can include certain data inputted/selected by you during your application which may include personal data and log-in details. It also will recognise if you have come to our website via a promotion and will retain that information so the promotion remains available to you, whilst applicable. They can also be used to provide services such as watching a video or leaving comments. These cookies don’t track your browsing activity on third party websites. Disabling these cookies will mean that we’re unable to carry out the functions above and therefore your personal data and preferences may have to be reset every time you visit us. It may also mean that some functionality is not available.

Read more
Performance
These cookies anonymously aggregate information about how people navigate the website, which can be used to improve it.

These cookies collect information about your browsing habits. They remember what websites you’ve visited and what products you’ve looked at. This information is then shared with third parties, such as advertisers. This is done in order to show you more relevant adverts and ensure they’re tailored to your interests. Disabling these cookies will mean that adverts you see online may be less relevant to you.