How To Spot Shrinkflation Happening To Your Favourite Products

Remember when you were younger and you could go to the corner shop with a pound and come home with pockets full of sweets? Or when a packet of crisps was full to the top, and cost as little as 10p? We’ve all come to accept that price inflation is part of growth, and now, we’re used to the idea that our favourite frog chocolate bar no longer costs 10p. But what about shrinkflation, where you actually get less for your money? Here’s how to deal with it.

In the most basic terms, shrinkflation is paying the same price, or more, for a smaller product. Certain items will be reduced in weight but will cost the same or even more than before. Since the fall of the pound after the EU referendum, companies blame the increased cost of ingredients such as cocoa as the main reason for changes in product size. They have said their choice is to increase the price of the item, or reduce the size of it to keep it affordable.

However, the Office for National Statistics says ‘The European import price of sugar has been slowly falling since the middle of 2014, and in March 2017 it reached its lowest level since the International Monetary Fund records began in 1991’. They estimate shrinkflation affects over 2,500 products in supermarkets including food, toilet roll, coffee and juice.

Toblerone bars famously made the news in 2016 for changing their classic shape and increasing the gaps between each triangular mountain segment. This reduced the product weight by around 10%. Consumers were aggravated by this because, despite the reduction in size, the price didn’t drop too, so Toblerone fans have ended up effectively paying more, for less. And, this is just one example of shrinkflation we are subjected to daily. 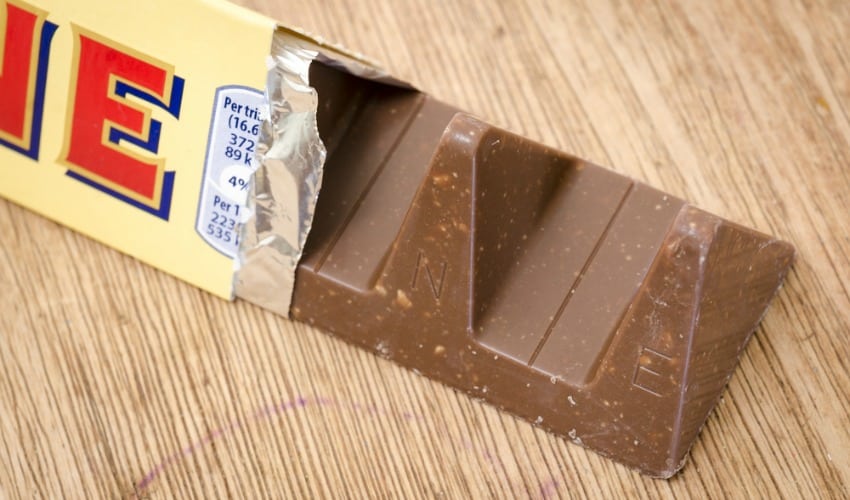 How to spot it

The Toblerone scandal caused such outrage because the difference was obvious and could be spotted instantly. The whole shape of the bar had changed so people knew they were getting less choc for their buck. However, it’s not always so simple to spot the difference.

With boxed items such as cereal, it can be difficult to detect changes that flag them as a shrinkflation culprit. If all the cereal boxes shrink, you have nothing to compare to. You’d be counting on your memory of how many grams of cereal you got in a box before to tell the difference! Items like meat might be easier to see as you could be getting three chicken breasts rather than your usual four.

Read more: We Ask Pro Chefs Which Ingredients Can Afford To Be Cheap

Do the brands have to tell us?

As you can imagine, most brands who shrink their products don’t really want us to know that we’re paying more for less. That being said, the companies that have been approached have not denied the actions and have provided their own explanations.

In a recent Telegraph article about the reduction in size of chocolate products, they contacted manufacturers for their reasons.

Mars claimed their main focus was keeping the product high quality meaning they had no choice but to downsize Malteasers packets due to the rise in costs of raw materials.

Cadbury’s said their choice to cut the portion size of their chocolate fingers by 11g or two fingers was down to ‘customer demand’. They have also introduced a new sharing pack in a bigger size.

Mondolez, the manufacturer behind many top brands including Cadbury’s, Oreo and Trident, have plans to increase their product prices by 20% ‘to ensure we can keep people’s favourite brands on shelf and look after the 4,500 people we employ in the UK.’ 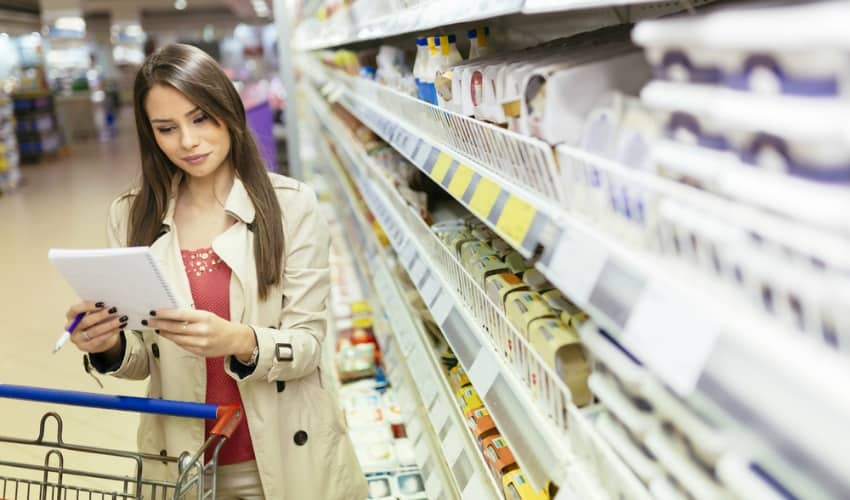 Related: Supermarket Tricks And How To Avoid Them

Unit price is your best friend

The best way to get around those big red prices is by checking the unit price of the product. This will be shown on the shelf label usually in the bottom corner and will give you the price of the item by weight or volume. These are also shown on the product page if shopping online.

Checking the unit price allows you to see which items are better value for money. Gov.uk says, ‘Sometimes items sold in bigger packs might look better value, but actually be more expensive by weight or volume.’

Of course, if you only need a small carton of fresh fruit juice, don’t buy a huge one just because the unit price is smaller. The value is only worth it if you’ll use the item or it won’t spoil quickly.

If you want to keep track of the items you buy most frequently, make a note of their unit price. That way you’ll know whether they’ve been shrinkflated or not!

Have you noticed any of your favourite items increasing in price?

Gemma is a Staff Writer at Good Vibes who loves finding fashionable bargains and budget holidays.

How Big Is The UK Side Business Economy?