The internet has a way of making even complicated, skilful things seem easy. Fact. Whether it’s an intricate recipe, a YouTube tutorial or a tricky make-up look, it’s all easier said than done. This is especially true when it comes to Pinterest, which features polished images of successful attempts at unusual life hacks that keep you silky smooth and fresh-faced. However, for some of us, not everything always goes to plan. We investigate some of the less successful Pinterest spa hacks that the public has attempted, from the coconut oil bath to the Listerine pedicure, and share your DIY disasters!

Disclaimer: While these may be failed spa hacks for some, for others they could be a success. Our advice of ‘proceed with caution’ doesn’t mean they can’t still work for you!

Natural face masks containing cinnamon are all over Pinterest, often coupled with other ingredients such as nutmeg, honey, or olive oil. YouTuber EnjoyPhoenix came up with her own concoction and shared it with her 2 million subscribers. Her mixture included bananas, chocolate and of course cinnamon. The problem came when many of her followers complained of a burning sensation in the area where they’d applied the mask. It later emerged that cinnamon can be toxic when applied directly to the skin; dermatologists have even referred to it as an ‘allergic plant’ that can cause severe burns. So unless you want spa hacks that burn your skin, it’s probably best to steer clear of cinnamon if you’re copying a Pinterest face mask!

Coconut oil is a popular ingredient in many beauty and spa hacks as it leaves skin feeling soft and smooth. Because of its moisturising properties, it’s often suggested that those in search of instantly softer and smoother skin add it to their bath water.

However, a woman known as ‘Denshen’ on Imgur learnt about the dangers of vague spa hack recipes the hard way when she made national news. She took to the internet to ask for help, as she was ‘stuck in the bath’. It turned out that the coconut oil had lubricated the bath to the point that she slipped every time she tried to escape. Denshen reportedly added 400ml of coconut oil to her bath, so if you still fancy trying this Pinterest spa hack, it’s recommended that you use no more than 1/3 cup or about 80ml of coconut oil in your tub. 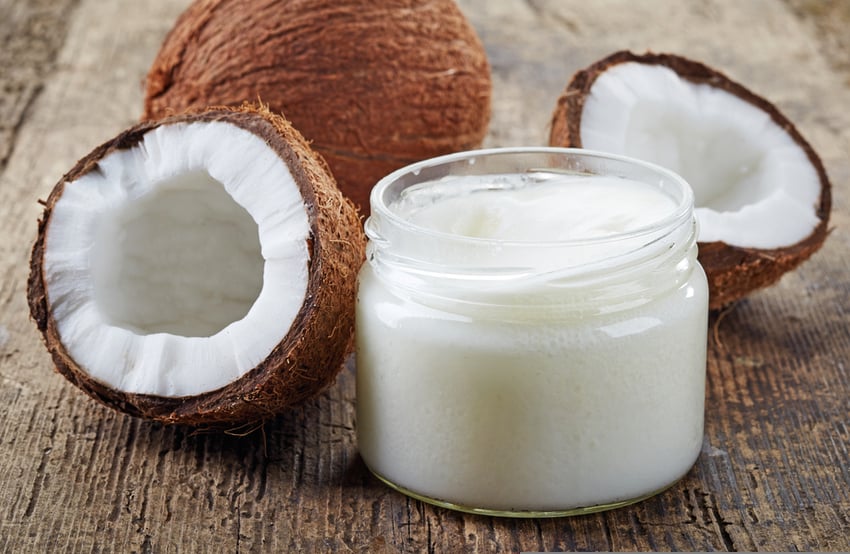 Related: How To Get Beach Body Healthy On A Budget

Making bold claims that ‘you’ll never have to shave again’ is the baking powder spa hack. Combining baking powder, coffee grounds and olive oil, this exfoliator keeps your legs feeling smooth while apparently breaking down hair follicles. Surprise, surprise, the reality is a little different. The general consensus is that, in fact, hair follicles stay intact despite using this exfoliator, and some have reported skin irritation and clogged pores. We’ll stick with more traditional methods of hair removal, thanks!

The Listerine foot soak is one of Pinterest’s more notable failed spa hacks. It involves combining a cup of Listerine, a cup of vinegar and 2 cups of water. After a ten minute soak in this concoction, any dead skin on your feet allegedly falls off. However, what seems to happen in most cases isn’t quite what was intended. Many have reported a DIY disaster as not only did the dead skin stay put, but they also emerged from the soak with blue feet. Try a foot scrubber or pumice stone for soft feet, instead, with no risk of becoming a Smurf!

Last but not least on our list of failed spa hacks is this DIY wax. If you don’t fancy forking out for professional waxing, the DIY sugar wax claims to be the answer. This combines 2 cups of granulated sugar, a quarter cup of lemon juice and a quarter cup of water. The ingredients are boiled together and then left to harden until you’ve got a substance that is tough enough to wax with. Their frustration with the mixture prompted Bustle to write a whole article about what went wrong. The conclusion was that it was messy, sticky and didn’t actually work that well. If you want a wax, maybe best to leave it to the professionals.

Good luck with your DIY Pinterest spa hacks. We hope they work better for you than they did for this unlucky lot!

Jess is a staff writer at Good Vibes who became financially frugal after surviving uni on a tiny student loan.

What Happens To Your Brain When You Smile?